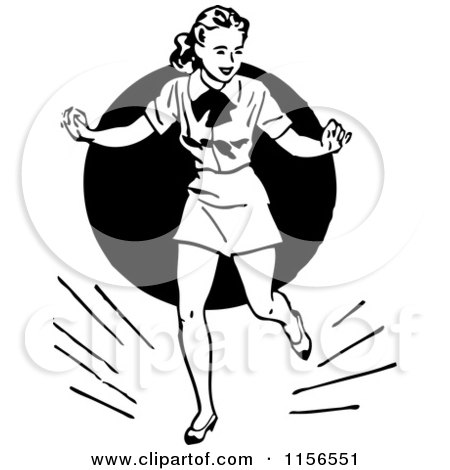 Former Acting Attorney General Sally Yates danced around a myriad of  questions yesterday during a Senate Judiciary Hearing on FBI Russia Collusion Investigation. It was almost like pulling teeth to get her to admit anything. She doubled down on Russia interfering with our election and that they hacked the DNC’s emails.  She doubled down on the findings of the Mueller Report and wouldn’t admit that Trump didn’t collude with Russia just that they couldn’t find sufficient evidence. Mueller report seems to be her Bible as well as the Horowitz Report.

Russia hacking of the DNC hasn’t been proved yet as there is no evidence of it. Just because they assume something doesn’t make it true. In fact, the forensics evidence points to an inside job (Seth Rich).  She also didn’t add that the FBI asked to examine the DNC’s computers, but were turned down and the computers sent to Crowdstrike in Ukraine.  Get it now?   FBI was told to stand down by “someone”.  I suspect that “someone” was Obama, the same person who told the FBI to discontinue the interrogation of Julian Assange of Wikileaks. Who else controls the FBI?

Now Yates also claimed it was Comey that suggested they use the Logan Act to prosecute General Flynn and not VP Biden as it says in their notes.  What is going on here?  Now it’s okay to boldly lie in front of a Senate Committee?  I guess they’ve all decided to throw Comey under the bus rather than Biden and Obama.  Great.  Will the people ever find out the truth?  This cover up conspiracy gets bigger and bigger. Comey will deny it or take the fifth.

She wouldn’t admit that Trump’s campaign aid Carter Page was set up by the FBI.  She kept saying he was a foreign policy advisor to Trump and connected to Russia Intelligence.  Graham said, “Really, man, that’s a new revelation!” She wouldn’t admit that the Steele Dossier was junk and paid for by Hillary and the DNC.  She said she didn’t know at the time.  Really?  Even though she was part of the Democrat Party?  Amazing.  They must all think we’re stupid to believe these lies.

Sally Yates was well rehearsed by Obama no doubt before coming to this hearing.  They are all covering for him and VP Biden as Biden is running for president. She wouldn’t admit that there was anyone in the Obama Administration or the FBI or DOJ that hated Trump and were doing all they could to prevent him from being president.  She said she knew of no one like that.  Can we prosecute her for perjury? We have the text messages of Strzok and Page who loathed Trump as well as Steele, Comey, McCabe, Clapper, Brennan, and Rice’s public admissions.

Senator Kennedy got her to lie over and over.  He asked her if she despised President Trump.  She said no. She doesn’t respect him or something to that effect.  He asked her if she tried to verify the accuracy of the Steele Dossier and if she hated Trump.  She got all indignant and defended the career men and women of the FBI. Kennedy said he wasn’t impugning them just you and your colleagues that have tarnished the reputation for the rest of the FBI. Kennedy took no prisoners.

Ted Cruz got her to reluctantly admit that they were spying on Carter Page because he worked for the Trump campaign.  It’s illegal to spy on a political opponent.  Remember Nixon? Ted called what they did a “profound politicization of American Intelligence”. Yates also had no idea her Deputy Bruce Ohr’s wife was working for Fusion GPS to come up with the Steele Dossier.  She also did not know that Bruce Ohr was the liaison between the FBI and Steele.  Amazing.  All happening right under her nose. Ted scolded her to use the FBI as a tool to go after your political opponents like you and the Obama Administration was wrong and has done immeasurable damage and should never happen again.

In closing Senator Graham wants to prove that more than two people in the FBI knew the Steele Dossier was junk and never told anyone especially the FISA Court. He said they will be in serious trouble with the law.

Senator Hawley asked if Yates was a passive party to what was going on and was duped by the FISA Application. “She had no idea what her deputy was doing, no idea what was in the FISA application, no idea of anything going on in her department and that the whole department needs a good cleaning out.”  Bruce Ohr is still working there.  “We have a deliberate and systematic misleading of a federal court here,” says Senator Hawley in closing.

Sally can tap dance all she wants around questions and has put all her chips on the biased Mueller Report and the watered-down Horowitz Report but doesn’t seem to care about the upcoming Durham Report.  She should however. She’ll need more than tap shoes when that comes out.  She’ll need a life preserver, wet suit, and some paddles as a tidal wave is coming.