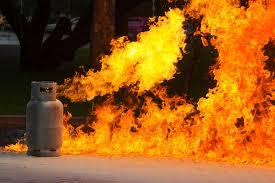 Just like the Mueller Report did.  We can spot another setup a mile away.  Why?  Because it’s been done before.  The Muellersham was a setup from the beginning. We’re not going to fall for it this time, not that we did before but the liberals did. The House is trying to use this phony whistleblower as grounds for impeachment.  Give us a break.  He/she wasn’t even in on the phone calls.  He was at a D.C. party sipping spicy margaritas with a bunch of Trump haters, or as the media calls them, “Washington sources say” listening in on conversations and compiling in his head his fake report. What a good gig he signed up for.

We’ll soon find out that this activist was planted to blow the whistle on Trump by either Soros, Brennan, Obama, or Hillary or all of them.  He already has a “gofundme” account which could be his other motive $$$ rather than ruining a president’s chance for reelection.  When he/she appears before congress, the Republicans better not play softball with him like they did to Dr. Baldfaced Liar Ford.  They don’t need to hire an outside lawyer to ask their questions.  They are perfectly qualified to ask poignant questions as most of them are lawyers.  Don’t play nice as they’ve not been playing nice with us.

This whistleblower is illegitimate.  He didn’t have first hand knowledge and, therefore, needs to be identified or disqualified. Hearsay evidence would be thrown out of court, and the case dismissed. They’re trying to impeach a duly elected president, elected by the voters which they’re ignoring.  If they get their way and impeach Trump for nothing, what’s the point of having presidential elections?  They’ll just keep doing it until they get a Democrat back in the White House. They don’t play fair.  They cheat, lie, and scratch their way into the White House like rats. The Republicans don’t take impeachment lightly.  Bill Clinton was behaving like a dog in the Oval Office and was exposed by Paula Jones who was not hired by the Republicans but rather worked for the Dems. Totally different scenario and motive to impeach.

I notice the press keeps trying to compare Trump to Watergate.  It’s absurd.  There’s no comparison as Trump hasn’t done anything illegal.  His tweets are sometimes unnecessary but not a reason to impeach.  He has a duty to talk to other leaders of countries and share information on corruption.  Not impeachable.  Nothing else that they’re accusing him of is impeachable either. They just hate him because he’s doing the job better than a Democrat could. And they knew he would. Jealousy is a strong drug.

This whole garbage about a whistleblower is nothing more than a smokescreen to get the public’s attention off of what’s coming down the pike soon from A.G. Barr. They’re running scared and trying to take the public’s eye off of the ball. They’re doing a good job of that.

Phony Schiff and Pelosi (BS artists) need to shut their mouths.  We’re not buying what their selling with their crocodile tears. The nerve of Pelosi trying to say Trump undermined the integrity of our elections, that each vote needs to be counted.  What the hell is she claiming now?  Unhinged liar. She needs to go home to her filthy city, have another eye lift, save her fake prayers and tears, and drink some more. Their whistleblower is going to blowback in their face. And Barr’s Report will blow Pelosi out of office.