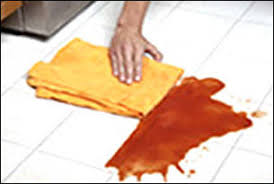 It started with the Russianscandal perpetrated on President Trump from the beginning of his term which led to the Muellersham after Director of the FBI, Comey,  was fired.  The Democrats had a backup plan in place during the presidential campaign called the “Insurance Plan” named by FBI agent Peter Strzok to take out Trump if he happened to win.  Remember he promised his mistress, FBI Page, that no way would Trump win.  All this so far was overseen and approved by Obama.

All the while the Muellersham was going on (which took two years and $33 million to complete) which should have ended in the first couple of months when they discovered that Trump had not colluded with Russia, they concocted the Kavanaughscam.  A Hillary activist crawled out of the woodwork in the eleventh hour of Kavanaugh’s hearing with outrageous accusations from high school.  They tore this man apart on national television. It was despicable how the Democrats treated this well-respected candidate for the Supreme Court and his family all from a lie.  But, alas, Lindsey Graham came to his rescue and chewed out the lot of them.  It was classic and Kavanaugh got voted into the Supreme Court.

When the Mueller Report finally came out and fell flat with no indictments on Trump, the Democrats were in search of their next scandal.  What would it be?  Impeachment!  It was a punishment in search of a crime.  It was a last ditch attempt to take out Trump, once and for all. The fake news media was all in on this too.

First they tried a hurricane weather map which they claimed Trump had added a Sharpie pen to scare folks in Alabama.  The Democrats claimed it was impeachable to alter a federal weather map.  That fizzled out a few days later.  Then some new accusation came out against Kavanaugh, a second chance to bring him down.  But the claim was just another unsubstantiated couple of scam artists put up by the Democrats to alter the Supreme Court and tarnish any future rulings that came from Kavanaugh.

The Democrats were desperate now because it looked like their candidates for president, including Biden, were a bunch of buffoons and Trump would win again! Oh no!  What could their next scandal be!?

Brennan planted one of his buddies in the “White House circle” to dig up dirt on Trump.  Someone conveniently changed the whistleblower form to remove the “Must have first hand knowledge”. This buddie of Brennan ended up turning in a “hearsay account” of a phone call between Trump and Ukraine written by lawyers.  This is now called the Ukrainescam. Schiff looks likes he had knowledge of the “hearsayblower” and helped the guy lawyerup. Schiff lied about not having previous contact with the hearsayblower. This hearsayblower’s identity is now being protected by the Democrats and appears to be just another setup.  This brings us current.

Unfortunately for the Democrats, this hearsayblower has blown Biden out of the running because it has exposed the real scandal in Ukraine that Biden and his son (and Obama too) were involved in while Biden was VP.  Oops!  Another unintended consequence of trying to bring down our sitting president! Notice how Obama stays on the periphery of all the scandals in his administration?  Amazing!

Time for another scandal, sham, or scam!