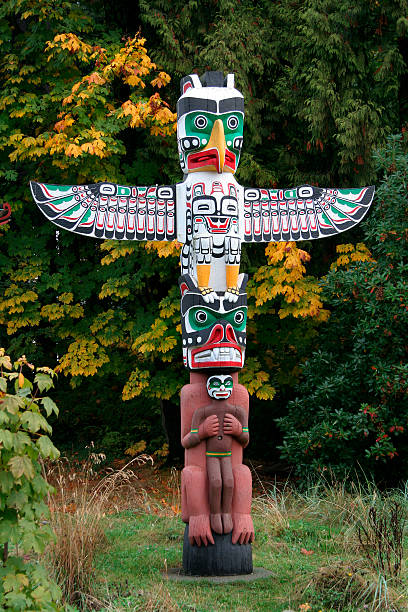 Someone had to say it. I know it’s politically incorrect to say low man on the totem pole any longer just like you can’t say Indian any longer, but I’m not politically correct.  No offense to Native Americans. I love totem poles.  They’re beautiful carvings.  But the saying will never go away.

Warren is the female version of Bernie Sanders but younger.  Sanders went off the reservation when he said he wanted criminals in prison, even murderers and terrorists, to vote.  Ridiculous.  Her followers don’t seem to care about how she rose to become a senator or the fact that she cheated her way into college.  They didn’t care about Hillary’s sketchy past so why care about this woman’s sketchy past?  Makes sense.

It’s all about having the first liberal woman for president–no matter her past.  This long-armed, bobble-headed, skinny woman has no place in the White House.  I don’t know anyone that likes her.  She’s unlikable.  She can’t take a joke and has no sense of humor.  It would be four years of boring while she systematically scalps all of Trump’s policies. Yet she’s climbing up the totem pole?  Why? How?

Could it be that she’s sending out smoke signals similar to Hillary?  After all, she recently had a pow wow with the loser who’s on the warpath. Warren’s a lot like Obama which probably appeals to her tribe.  She’s a former professor like Obama. (Democrats love teachers.) She’s a senator like Obama.  She drinks beer like Obama. They both checked the “person of color” box to get jobs. They both hate Trump with a passion. They both made a speech about “You didn’t build that.”  They’re both socialists. Warren kept the surname from her first marriage for some reason.  Her current husband’s last name is Mann.  Guess the name Mann (man) didn’t fit the feminist’s narrative.

The Washington Post reported that in 1986, Warren identified her race as “American Indian” on a State Bar of Texas write-in form used for statistical information gathering, but added that there was no indication that the form was “used for professional advancement”.[122] In February 2019, Warren apologized for having identified as Native American.[123][124][121]

During Warren’s first Senate race in 2012, her opponent, Scott Brown, speculated that she had fabricated Native ancestry to gain advantage on the employment market and used Warren’s ancestry in several attack ads.[125][126][127] Warren has denied that her heritage afforded her any advantages in her schooling or her career.[128] Several colleagues and employers (including Harvard) have said her reported ethnic status played no role in her hiring.[129][130] From 1995 to 2004, her employer, Harvard Law School, listed her as a Native American in its federal affirmative action forms; Warren later said she was unaware of this.

Wikipedia has conveniently scrubbed all mention that she gamed the system to get into college or her job at Harvard as the “first woman of color” making it sound like she just worked hard to get where she is at without the help of a man or a phony heritage.  Wikipedia actually blames Trump saying he bullied her into getting a DNA test which claims that she had Native American ancestry generations ago.  Not true.  They have whitewashed her past to make her appear honest, successful, and electable. They believe her account of the Indian heritage story over facts. This is how the liberal internet can affect elections, by changing the facts to suit their agenda.

Who would she pick for VP?  Can’t be Biden as he’s already had that gig and is too old to fill in for her.  Would she pick a woman?  Can’t be Michelle as she’d overshadow diminutive Warren big time.   It’ll probably be someone to garner the Black vote which she’s having trouble drumming up.  She can’t pick Booker as he’s angier than her. She’s a feminist like Hillary so will probably pick a quiet, non-threatening, non-toxicity male for the ticket.  One of those soft-spoken, liberal governors that already backed out of the race most likely.  Not Boot-a-judge as he won’t get the Black vote.  Possibly Yang!  Yang can get the young vote, the techy vote, and Blacks wouldn’t mind $1,000 a month for free. Who wouldn’t?

So it’s Warren/Yang!  A woman and a Chinese/American fellow.  Lots of boxes checked–the woman box, the Asian box, the young box, and the senior box. They have similar goals for Medicare for all and climate change initiatives. Punishing big corporations like Amazon.  It would be the first woman president and definitely the first Asian VP.  They would be running against two old “Pale Faces.”  It would be “hold-down-the-fort” epic.

So there you have it.  Warren/Yang both at the top of the totem pole.  Both people of color.  Both minorities.  Both liberal activists.  The debates should be fun.  Get out the Jiffy Pop or Indian corn, whatever,  loosen your tie (if you wear one), and get out a beer.  We’re in for a tumultuous ride with incoming arrows and Democrats circling the wagons around their candidate.

There will be no peace pipes shared during this election. 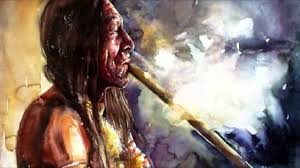