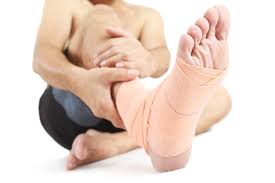 and it backfires on the Dems.  The day after the Mueller Report bombed, the eavesdropper heard a phone call between Ukraine and Trump which he decided to elevate into something nefarious. After all, the Deep State is getting desperate and Mueller didn’t help them.  Unfortunately, it exposed something that Biden was hoping wouldn’t come out until he won the Primary.  Obviously, the fake news wasn’t going to report it, but the rest of us FOX and Rush fanatics already heard of Biden’s son’s shenanigans with Ukraine and China. Details of these transactions while Biden was VP will finally come out, now that the whistleblower brought it up.

Biden’s threatening to fire a Ukraine prosecutor investigating his son’s shady energy business will be the “new 33,000 erased emails.” In fact, Biden bragged about his Mafia style threat while he was under the veil of protection by Obama as VP.  Hunter worked with John Kerry’s son at same company.  Coincidentally, both men lost their run at the presidency and now have their sons raking in $83,000 a month in Ukraine.  Didn’t know losing could be so lucrative.  John Kerry is conveniently coming to Biden’s defense for obvious reasons.  He’s involved too.

Biden was Obama’s point man in Ukraine and China and took his son with him to these countries that wanted money from the U.S.  Did Biden get his son a lucrative job that he wasn’t qualified for in Ukraine as a quid pro quo?  Did Biden hold back U.S. money in exchange for Ukraine firing a prosecutor that was investigating Hunter?  He says he did. Why not believe him?

Wouldn’t be surprised if Trump brought up Biden’s unethical behavior while talking to Ukraine.  Who wouldn’t?  It’s not new news, but the fake news has been burying this story for months. Leave it to Trump to spill the beans.

The fake news media and the Democrats are ignoring the real story and are cleverly turning the tables back onto Trump.  I have to hand it to the left, they never ignore a chance to go after Trump.  Everything Trump does from now on will be impeachable in their eyes.  Trump needs to walk, talk, and tweet on eggshells until the next election.  But that’s not in his nature.  He crushes eggshells daily.

Warren is using this story on her stump speech now saying Trump has enlisted the help of ANOTHER country to interfere in our election.  Not so.  See how she is reigniting the Russian Collusion hoax? And her audience of “low information voters” cheer.  They don’t know any better.

Listen folks, the last thing we need is another president plagued with investigations like Trump was, even though it was a hoax.  Hillary should have been under investigation if she won, but, alas, the FBI was in her court including Comey and nothing would have been investigated.

Can’t they come up with a candidate that doesn’t have dirty laundry and skeletons in the closet?  Pocahontas and her “gaming the system by lying” will be the next story exposed, if she is the chosen one.  She should have her diploma revoked like they did to the students of the cheating scandal.

Come on Dems, find an honest candidate. We the People can’t handle any more of these continual investigations. Joe saying he will beat Trump like a drum sounded a little violent yet they say Trump incites violence.  Biden is the real bully on the playground, it appears. Mafia style bully.