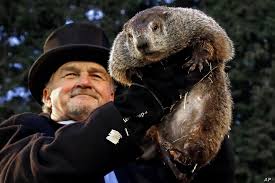 Are we going through the exact same hoax like we just went through for two years?  The Russian Hoax is now the Ukraine Hoax?  Trump didn’t pressure Ukraine, Biden did.  Trump didn’t collude with Russia, Hillary did.  I can’t believe we’re experiencing the exact same accusation from the left, but it’s them that did it.  Trump calls it a Witch Hunt.  Which it is.  I call it Groundhog Day like the movie. It’s also a setup, again on Trump.

We wake up every morning hearing the same ol’ shit.  We want to crush our television or radio or phonograph as Biden says just like in the movie.  We can’t listen to this over and over. It’s desperation on the left’s part, but it’s getting so old and so annoying it’s hard to listen to.

The CIA planted one of Clapper’s or Brennan’s buddies to spy on Trump as a whistleblower.  He took hearsay from several people in the Deep State and decided to blow his whistle. Hope he got paid well from his handlers. And his whistleblower letter was written by a lawyer.  Who wrote his letter?  We need to know where this originated.  I suspect Hillary.  She’s a lawyer.

Before the FBI planted agents to spy on Trump–Strzok and Page and Comey and McCabe all colluded to spy. Is this crap going to continue?  What’s next, the Secret Service planting someone to spy on Trump?  We can hardly believe our ears that history is repeating itself and so soon.  These losers won’t give up.

Shifty Schiff is an all out chronic liar.  He is very similar to Harry Reid who said that Romney didn’t pay his taxes for ten years.  The stupid people believed him.  The stupid people are believing Schiff.  I used to call them “low information voters”, now they’re just stupid because they’re getting fooled more than once. Especially the media.  How dumb can the media be?  Real dumb.  They should have their diplomas in journalism revoked for reporting unbecoming of a journalist.

Why is it the Democrat candidates that rise to the top turn out to be crooked?  Is it the “birds of a feather” syndrome? Crooked Biden is the new Crooked Hillary.  He’s probably more crooked, if that is possible.

Trump didn’t pressure the leader of a foreign company to “dig up dirt on Biden”, PERIOD! This is what the press is repeating.  They’re lying.  Trump had a casual conversation and probably shouldn’t have brought up Biden’s dealings in Ukraine; but he is Trump after all, and he doesn’t hold back.  He didn’t need someone to dig up dirt on Biden.  It’s been out there for a while.  He needed someone to shine some light on it, which is totally different. Mission accomplished, however awkward for Trump. Stick with tweeting, Trump.

This will be in the news for a couple of days until the next whistleblower, feminist, activist, climate change kook, or TDS sufferer makes an accusation against Trump or Kavanaugh.  Until then, we’ll have to endure this remake of Groundhog Day, the movie. They’re not even original.  Tried but not true.