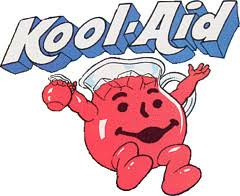 “What I’m suggesting is he’s not the reason for the unemployment rate being down,” Biden said. NWO Report

How so?  If they were employed before Trump took office, why has the unemployment rate gone down after Trump took office? Sounds like Biden’s been partaking in one too many of Obama’s Kool-Aid beverages, or he thinks we have “STUPID” written on our foreheads. Or both.

This is the answer all the Democrats will give for the great economy, it was great before Trump took office.  Trump was “handed off” a good economy that Obama started.  The millenials believe it as this was taught to them in school.  They still think Obama was the most scandal-free, nicest, most-honest, transparent president in their lifetime. He was not.

Here’s the truth: It was Obama’s job-killing regulations on companies, high taxes, and Obamacare that made companies stop hiring.  Then when Trump lowered the corporate tax rate and personal taxes too (not a tax scam for the rich) and lifted the regulations, companies were able to hire again. It was all done under Trump–not Obama.

And if Trump had stayed in Obama’s Paris Climate Accord, gasoline prices would have skyrocketed hurting the economy even more and the air quality would not have improved. Throwing money at a problem, doesn’t solve it.  Look at San Francisco’s homeless problem. All they do is throw money at it; but no one comes in to clean it up, except volunteers.

Biden knows this and so do the rest of the lying Democrat candidates and media, but they won’t admit it.  They all lie about the economy and who’s responsible for it.  Kamala is a repeat offender as well as Pocahontas and Sanders.  It’s almost as if they’ve never worked in the private sector.  Most of them haven’t. Remember Democrats and Socialists love spending other people’s money.

When Biden was asked to state his case why voters should change presidents while the economy is doing so well, he didn’t want to answer.

Biden didn’t want to get into it. “That’s up to them to decide,” he said.

Reporter tried again. “Why should they?” she questioned.

“That’s for them to decide,” an icy Biden repeated with an awkward silence. NWO Report

Tongue-tied for the first time, Biden couldn’t think of a reason.  The reason being was that it would be stupid to change presidents when the economy is on a roll.  It’s the economy, stupid! once famously spoken by Democrat James Carville after Bill Clinton defeated George H.W. Bush. The economy affects the election.  If it’s good: no reason to vote a president out; if it’s bad: vote the bum out.

The Democrats all know this and are running scared.  Notice how they have been calling Trump scared lately?  They are projecting, again, how they’re feeling onto Trump. They’ve been wishing for a recession and have concocted this hairbrained plan called socialism to throw everyone off.  They figure if they promote socialism, it will get new voters to the polls and some disenchanted voters. They also know it will bankrupt the country, but whatever it takes to get back in power is how they think.  Power first, economy begone.  They don’t care.

In the meantime, they’ll keep up this impeachment nonsense until election day.  They’re so embedded into impeaching Trump now, it’s all they can think about.  They know their plans for America aren’t selling, so impeachment is their backup plan.  Poor, poor, pitiful Democrats.  We should all be prayerful for them, like Pelosi is for Trump. Hee hee.

And Quid Pro Joe, it IS the economy, stupid.