if Trump called her illegitimate?  Wonder if a special counsel had her investigated for two years at the cost of $33 million taxpayer dollars after she took office?  And after that, Congress started investigating her six ways from Sunday.  Wonder if Trump went on talk shows, late night comedy, even overseas ridiculing her? Wonder if Trump insisted she colluded with Russia to steal the presidency from him even though the special counsel found no evidence? How would she feel?

Wonder if Trump had paid Russia or Ukraine to compose a salacious dossier on Hillary during the election?  Wonder if Trump had colluded with the FBI to spy on her campaign while she was running for office?  How would she feel?  Wonder if Trump’s emails had been subpoenaed by congress, and he deleted all of them and destroyed his hard drive?  What would she think about that?  Wouldn’t she say he should be arrested for obstruction of justice? I just wonder.

Wonder if her choice for Supreme Court was slandered by a Pro-life activist out for personal gain who appeared on national television with a fabricated story from high school? How would she handle that?

Wonder if Trump had connections to Weinstein, Epstein, Anthony Weiner, and Ed Buck? Wouldn’t that be all over the news if he did?  But no, they’re Hillary’s connections and donors; we hear crickets from the press.  Wonder if there were NeverHillary leakers, listeners, and whistleblowers infiltrated in the White House trying to bring down her presidency for three years?  How would she like that?

Wonder if the “do nothing congress” was doing nothing while Hillary was president and defying her at every turn? Wonder if she came up with some great trade bills and immigration reform but the congress wouldn’t pass them?  Wonder if she came up with a healthcare plan to replace Obamacare but the congress turned it down by one vote? Wonder if Trump and his minions were recruiting and paying for Latin Americans to invade our borders just to cause havoc on her presidency?  Would she like that?

Wonder if activists came out in force protesting her win for presidency even as soon as the day after her inauguration?  Wonder if they threatened her life saying things like they often think of blowing up the White House or when’s the last time an actor shot a president or just holding up her severed likeness?  Wonder if some actors were calling her a racist, lunatic, homophobic Nazi and threatened to punch her in the face at an awards show? How would that make her feel?

And just wonder if the Speaker of the House decided to do an impeachment inquiry into her presidency after listening in on a normal phone call with another head of state?  Wonder if the House didn’t hold a vote on impeachment but proceeded against all protocol to impeach her?  How would she feel? Not so good, I suspect. She would be screaming from the rooftops at this point in her presidency, much like Trump is doing on air.

I think blabbermouth Hillary needs to put herself in Trump’s place just one day to see how he must be feeling, because all of these things have happened to him. Trump has endured three years of nonstop accusations and lies by Hollywood, the press, social media, the ‘do nothing’ Democrats, and Nevertrumpers like Romney.  She needs to be able to live by the Golden Rule of ‘do unto others as they’d do to you.’  But apparently she has no empathy.  She lacks that gene, and we’ll have to endure five more years of her amoral, vicious, unempathetic, slanderous attacks.

Hillary needs to ‘let it go,’ give it up. and throw in the white towel.  She lost, big time, to a successful businessman who ran a good campaign and won legitimately.  The Electoral College is here to stay, as well as the size of the Supreme Court, and only citizens that are not incarcerated will be allowed to vote this time.  PERIOD.  Good luck in the next election, cheaters.

But, seriously, if Hillary had won for president there’s no way she would have lasted as long as Trump if put to the same trials and tribulations without a mental or physical breakdown. Trump’s been put through the wringer but looks as young as the day we voted him in.  FOUR MORE YEARS! 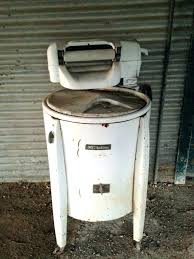 2 thoughts on “Wonder if Hillary Had Won For President, How Would She Feel…”