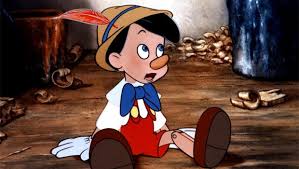 Warren is now spinning a yarn at several rallies that she was ‘discriminated against’ for being pregnant–and fired!  The crowd groans at the thought.  Warren claims she was teaching at the time she got pregnant; and when she started ‘to show,’ the principal did what all principals did at the time–Fired her.  In other words, her boss wanted her to stay home and ‘be barefoot and pregnant.’  It’s all a fabricated story!  She wasn’t working when she got pregnant and decided to stay home after her baby was born.  I guess choosing to be a stay-at-home-mom is not feminist enough for her followers!

Warren is right up there now with Brian Williams, Biden, and Hillary with her story-spinning lies.  She made it sound like she was working back in the 1800s as a saloon waitress.  As a working girl during that same time and pregnant, I take personal issue with her lie.  My city employer would have had me stay until I went into labor, if I didn’t speak up.  It was the complete opposite of her story.  I finally had to say, “Look, I’m pretty pregnant here (eight months) and since I’m working in the field (land surveying), I need to quit.”  Warren’s lie tarnished an era that I experienced as well as all male employers back then.  I don’t like it, and she needs to fess up.

Her lies are mounting.  First the fact that she gamed the system by claiming to be Native American, and now she’s a victim of being a woman.  She’s pretty fluent at lying and should not be trusted as president. I’m sure it’s from years of experience at it. It’s second nature to her.

I’m sick of the way feminists use their sex to garner sympathy.  Hillary tried it with some lie about her applying for the Marines, and they told her to join the WACs.  Another lie as the Marines denied it.  Plus, please, there’s no way that b–ch would have applied for the Marines, notwithstanding her dodging incoming sniper fire. She was too focused on advancing her career of becoming a lawyer at that time. Brian Williams tried it too by placing himself in dangerous helicopter scenes chasing a story where he wasn’t.  Then Biden recently embellished a story by saying he went into an active war zone to pin a metal on a soldier. Lies, lies, and more lies.

How many more can the public take?  If you want to run for president, be yourself, be authentic, not something you think the public wants you to be.  Trump has always been himself.  He’s the most transparent president we’ve had, sometimes to a fault, and that’s why he’ll win again.

Has anyone noticed how the candidates and the fake news media are now running against FOX News instead of Trump?  Biden was filmed wagging his finger and yelling at a FOX News reporter that asked him a question about Ukraine. Chuck Todd insulted a Republican Senator on his show by interrupting him with lines like “another FOX News conspiracy” or “stop with your FOX News conspiracy theories.”  This is what they’re calling Biden’s dealings in Ukraine–“a FOX conspiracy theory.” It would be laughable, if it weren’t pathetic.  They must think we’re stupid as Biden is on camera bragging about quid pro quo. I guess the fake news still wants to keep Quid Pro Joe in first place.

The reason they are maligning FOX News is that their news stations were running false stories of Trump’s collusion and obstruction for two years and now have egg on their faces. So instead of apologizing, they’re doubling down on their lies but now trying to pin the conspiracy scarlet letter onto FOX News. Misery loves company, but FOX doesn’t want to be part of their misery nor are they deserving of it. How many times have the fake news and Pelosi claimed, Trump’s involved in a cover up?  Cover up of what, pray tell?  Sorry Maddow, Kamala, Pelosi, Schiff, and Todd, et al. It ain’t gonna work.  You’re all spreading lies and should be dismissed from your positions, including Pinocchio Warren.