Democrats were holding all the cards and running the show.  The Republican members of the Judiciary Committee had no say in the procedure. The Dems ran the scheduling, the witnesses, the timing, the rules, the regulations and kept them in the dark for the most part.  The Republicans were gaveled whenever they objected.  It was an ambush, a setup, and a sham from the beginning.  The Republicans made sense in their arguments but the Dems refused to listen to reason.  The Democrats on the committee made up lies to use as their evidence against Trump.

If this goes to the Senate it should be thrown out for lack of evidence and Trump totally exonerated on all charges.  PERIOD.   No trial–as it was a setup, sham from the beginning that they crammed down America’s throat. They only wanted to tarnish Trump prior to the next election so whoever he runs against can say, “You’re impeached and should be in jail for your crimes” or some evil comment like that. Sounds very Hillaryish.

Trump should have been chosen for the cover of Time Magazine not some angry girl from Sweden that has been indoctrinated into the climate change hoax. She needs to stay in school, and her parents investigated for child neglect. I would never let a sixteen year old travel across the seas on a sailboat, especially if she’s autistic.  I agree with Trump it was a ridiculous choice. They always reward the anti-American policy types. The activist Whistleblower was their other choice.  Another beauty.  The number one criteria for Time Magazine cover is to be against Trump or his policies.

Trump survived three years of Mueller investigation while bringing our economy back from the edge of an abyss to the lowest unemployment in fifty years!  Our economy is booming, and we’re the envy of other countries. That’s saying something! That’s cover-worthy!  But these magazines are run by leftists.  Even Forbes Magazine chose Pelosi as the third most powerful women in the world and left Melania off the list.  Please.  Melania should be on the top of the list along with several other conservative senators, congresswomen, mayors, governors, CEOs, and newswomen.  They might as well have put AOC or Lori Loughlin on the top of the list.  It makes about as much sense. They only acknowledge the antagonistic women of the world–the ones doing our country and the world the most damage.  Why not put lying Rachel Maddow on the top?  She lied to her viewers for three years about Trump and still is. Put her on the top of the list and show us your true colors.  Don’t tease with us.  We know where you’re at.

The Democrats are ambushing our congressmen, our president, and our country. They should be the ones impeached. Don’t let the Democrat Senators ambush you in the Senate. They’ve got something up their sleeves, and it ain’t cigarettes. It’s tricks, lies, and lying witnesses. Lying has become second nature to them now as it has worked so well for them before. They can’t be trusted. They’re diabolical. Dismiss all charges before any trial. 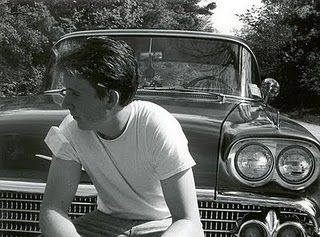