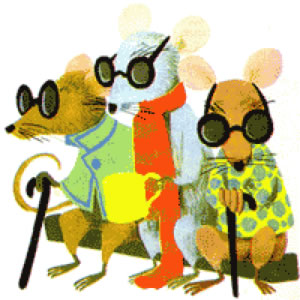 The first one resembles Barney Fife.

They refuse to listen to any advice.

Did you ever see such a sham in your life,

As the three blind mice?

I listened off and on today to Nadler lie to the American people.  He and Swalwell made up evidence.  Just because they say it over and over does not make it true.  They’re still repeating the old lie that Trump asked Russia to interfere with the 2016 election. He did not!

For the last time: Wikileaks got the Podesta emails from an inside DNC job, and they were made public before Trump joked for Russia to find Hillary’s MISSING deleted emails. Nadler testified that Trump asked Russia to HACK Hillary’s computer and the next day the DNC was hacked.  Total blatant, outright lie spread by the Democrats for the gullibles to believe.

Another lie they’re spreading is, Trump enlisted the help of a foreign country to help him win the 2020 election like he did in 2016. We have to stop him or he’ll keep doing it. I just wish there were lawyers to yell, “I object!  States facts not in evidence.”  If there were, they’d be saying that all day to the Democrats’ testimony. Just about everyone of them lied. They’re desperate, diabolical, and running the biggest con job on the American people I have ever witnessed in my lifetime.

Three dumb, blind mice. Why are they mice?  Because they’re behaving like rodents. We need to find a big hungry cat.

One thought on “Three Blind Mice: Schiff, Pelosi, and Nadler.”