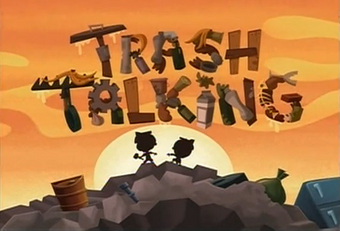 I noticed in the recent Biden and Bernie victory speeches that their platform is only about “disparaging Trump with vile names” that aren’t even true and yet they call Trump out for bullying people.  “We’re going to put dignity back in the White House” seems to be their new refraine. What am I missing?  If trash-talking is taboo why have they continued to trash Trump for four years now?  Is it only allowed by the Democrats? Is Trump supposed to just take it and not fight back?  That’s not in his playbook.

Is Sleepy Joe really a bad name?  It’s endearing as he looks and acts sleepy. It’s one of the Seven Dwarfs’ names. Disney wouldn’t use a bad name.  Is Crazy Bernie really that bad?  He’s got crazy ideas and hair.  Is repeating something they themselves have said at a rally, trashing them?  Is saying they choked or were angry during their debates, name calling?  It’s more like pointing out what they did. But the names they call Trump are below the belt.  Here’s a few of them:  Pathological liar, most corrupt and dangerous president in history, has no heart or empathy, racist!, sexist!, homophobic!, xenophobic!, anti semitic!, mistreats the troops, anti-science, Putin’s puppet, con man, no dignity or decency, and many more too long to list.

Biden had the nerve to say at his speech that “We’re going to stop bullying in schools.  If a child gets in trouble for bullying, he says ‘but the president does it’.”  And the audience cheered! What a whopper of a lie!  Biden is a storyteller but that’s a big one.  Kids aren’t bullying in school because of Trump.  What a joke.  Trump’s rallies are filled with fun-loving folks not bullies. Trump cherishes children and would never condone bullying.  He has a young son himself and Melania is the spokeswoman for anti-bullying.  Biden should be ashamed of himself. If anything is to blame for a rise in bullying, Facebook is.  And FYI, bullying has been around since the one-room schoolhouse. Has Biden heard the term “mean girls” or “revenge of the nerds?” Long before Trump was in office.

But the point is if you know Trump like I’ve watched him, none of these names apply to him, but they repeat them over and over.  A friend of mine said Trump slurs his speech.  Really? I think over all his rallies he slurred one word.  I guess the MSM must have played that slur ad nauseam for her to repeat it. It must hurt his family deeply everytime they hear these candidates speak ill of Trump. I would say to these losers on stage, “you can judge a man’s character by the children he raised and Trump’s adult children are all extremely successful.”  That will shut up Biden not sure about Bernie.  Does he even have kids? We all know how Hunter turned out.  No need to trash talk him.

These two screwball candidates left on stage to run against Trump have no good ideas to run on; so, therefore, they have to invent lies about Trump.  They can’t complain about the economy which Trump is running smoothly or terror attacks which Trump has handled strategically or kneeling at football games which Trump has taken care of so they’ve got no issue to run on other than tearing down Trump for no reason.

So you see the issues left for Trump to solve, they don’t even care about. They also know that the walls of justice are closing in on all their scandals and they want to bring down Trump before it happens. They’re hoping against hope that they can take back the White House before all their cronies get indicted.  If they did win, all criminal files would be stamped “CLOSED” and A.G. Barr would be sent packing. So they’re desperate to remove Trump from office to start closing the files.

Some voters when asked will you vote for a socialist, say no but they have to take out Trump, so probably will.   Why would a voter say such a thing other than believing all the lies these Dems have told?  Why doesn’t the media call them out on their lies? They have these town hall meetings where FOX News is moderating, but I don’t see any rebuttal from them.  Who is Klobuchar to say Trump has no empathy or a heart?  Who does she think she is Mother Teresa?  She certainly had no heart when interviewing Kavanaugh.  She acted like a soulless, heartless activist not a senator.

Bernie will probably choose Buttigieg for his running mate if Buttigieg caves on the “Medicare for all” plan. But Biden will probably want the same; in fact, the Dems probably already made a deal with Buttigieg behind the scenes for him to quit.  They’ll both be fighting over the “Buttigieg running mate” to garner the gay and young vote. They could pick Klobuchar, but she’d take over as she doesn’t want second place.

What am I missing? is that the rules for Trump don’t apply to the Democrats.  Ironically, one of the biggest trash talkers of Trump, Chris Matthews, gets fired for trashing Bernie.  See how it works?  You can trash Trump all day long; but when you have a go at a Democrat, you’re fired!  Who’s next, Maddow?  They all should have been fired long ago for lying and promoting the Russia collusion and Ukraine hoax.

The brokered convention should be a sh-tshow.  Get out the popcorn and wait for Michelle to come out from behind the curtain if it gets out of control.