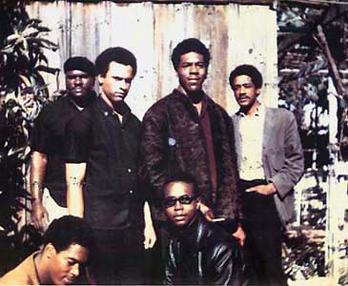 Do ALL black lives matter or do just SOME black lives matter?  Is it just “blacks killed by cops” that matter?  Cuz I’m hearing crickets when it comes to black cops being killed or attacked by rioters.  No one becomes outraged over that. Why is that?

Yesterday’s riot in Atlanta is a good example.  The town went crazy after a black man fought off two policemen, stole a weapon from one, escaped, then used the weapon against them, and got shot.  That could be considered resisting arrest, but what do I know?  I think I’ve watched enough Law and Order episodes to know that when a cop gets attacked by a suspect and his weapon stolen, it’s almost a death sentence for the perp during split second reactions.  But what do I know? Usually when I cop yells, “Stop, drop your weapon. You’re under arrest” and the perp keeps running, the cops have the right to shoot. It seems to be Criminal Justice 101, but what do I know?

Violence begets violence and when the town erupts in violence it doesn’t solve a thing.  It just puts people out of work that got their business burned down. It endangers spectators or lookie loos that congregate on the streets.  It doesn’t help their town at all.  The next morning it will appear like a war zone.  They are only hurting themselves.

If you really want change in your communities, you need to vote out liberal mayors and governors that turn a blind eye to violence.  As one might notice, most of the problems we are having are in liberal states run by bleeding heart liberal governors with bleeding heart liberal mayors (Cuomo, de Blasio). For instance, the mayor of Seattle who wants “the summer of love.”  What a nutcase. She should be arrested and perp-walked out of their city by the National Guard.

If “black lives matter” want to be respected and acknowledged they should change their name to “blacks killed by cops matter” so we can at least know what they are truly about. Because they certainly aren’t for “all blacks mattering.”  Not from what I’ve seen. These rioters have even killed some black cops during all this raucous and didn’t bat an eye. Black lives matter is becoming a militant black power group not a sympathetic group.  They are more like The Black Panther Party from the 60’s and even use the same symbol of a closed fist.

“The Black Panther Party (BPP), originally the Black Panther Party for Self-Defense, was a revolutionary socialist political organization founded by Marxist college students Bobby Seale (Chairman) and Huey Newton (Minister of Defense) in October 1966 in Oakland, California.[7][8] The party was active in the United States from 1966 until 1982, with chapters in numerous major cities, and international chapters in the United Kingdom in the early 1970s. At its inception on October 15, 1966,[11] the Black Panther Party’s core practice was its open carry armed citizens’ patrols (“copwatching”) to monitor the behavior of officers of the Oakland Police Department and challenge police brutality in the city.” Wikipedia.

Is history repeating itself or are the youth of today so unoriginal they can’t come up with anything new?  I think the latter.  Sounds so familiar to what is going on in Seattle right now with malcontents patrolling their commandeered property with rifles.  But let’s see if we are repeating history, shall we?

“Black Panther Party membership reached a peak in 1970, with offices in 68 cities and thousands of members, but it began to decline over the following decade. After its leaders and members were vilified by the mainstream press, public support for the party waned, and the group became more isolated. Popular support for the Party declined further after reports of the group’s alleged criminal activities, such as drug dealing and extortion of Oakland merchants. By 1972 most Panther activity centered on the national headquarters and a school in Oakland, where the party continued to influence local politics. The Seattle chapter persisted longer than most, with a breakfast program and medical clinics that continued even after the chapter disbanded in 1977.The Party continued to dwindle throughout the 1970s, and by 1980 had just 27 members.” Wikipedia.

So when the mainstream press starts to vilify them, they will dwindle.  I won’t hold my breathe on that happening as right now they are encouraging them.  Remember when the Black Panthers intimidated a voting location by standing out front during Obama’s first election?  They were never prosecuted as Eric Holder dropped the case but certainly came out of hiding and maybe have been growing ever since.