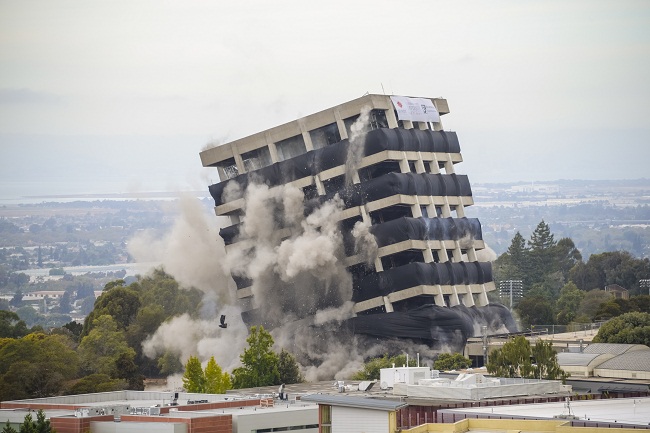 They looked like fools with egg on their faces yesterday after Trump trumped their stimulus bill standoff.  Trump did what Trump always does, he makes the deal happen whether you want to be part of it or not.  He puts country first, not politics. And the stock market loves it as it’s almost back to pre-covid record highs.  Trump knows when to walk away from a deal (which he could have easily done) but that would have hurt the unemployed, the employed, the employers, the students, and renters.  Thank you President Trump for standing up for America.

The Democrats can’t defend their position on the cities that allow rioting either. In fact, Biden’s staff has donated to “go fun me” for rioters needing bail money. So you see, this is all part of their plan to cause chaos, defend chaos, bail out chaos, then claim Trump is causing the chaos by bringing in Federal Agents to stop it.  One mayor actually said that her town was peaceful until Trump sent in Federal Agents. We don’t believe that for a second.

Why is it that Black female mayors, governors, and police chiefs are so bad at their job?  Why do they get elected into those positions? I suspect Obama opened the door for Black women to run for these positions. It seems choosing a Black woman in such a high position will be a risk if Biden picks one as his VP. Looks like these women are too permissive and turn a blind eye to criminal activity in their cities.  Not what we want one seizure away from being our president.  Might as well put Pelosi in there right now if we’re looking for an anything-goes, willy-nilly president.

But Biden has painted himself into a corner by promising a “woman of color” as his VP.  This isn’t a racist observation, it’s just factual.  Black women may be more permissive as leaders based on their African American upbringing and have a subconscious ax to grind and don’t mind if successful businesses, police stations, and city halls get destroyed. Their families may have had issues with them in the past.

Remember Michelle Obama said, “The first time I’ve ever been proud of my country” was when we elected her husband as president. These women are radicals, plain and simple.  There are radical white women in power as well like Pelosi, Warren, and Klobachar, but Biden hasn’t promised to pick them. He’s promised to pick a woman of color.  But I digress.

The Democrats can taste a defeat as they see the economy slowing coming back, covid deaths going down, hotels hanging in there, the stock market soaring, and schools slowly opening despite all the negativity they have been spreading in the media.  Even CNBC, the stock channel, can’t believe the market is coming back as they keep reporting that the economy and GDP sucks and is stagnant due to covid.  I think the market is saying, “Trump is alive and well and will win again.”

Biden riding a bicycle doesn’t have anything to do with his mind.  A five year old can ride a bicycle.  I guess they think we’re stupid to fall for that, like CNN did. And for late night comedy to be dismissing the debates as unnecessary is also another sign of the Democrats imploding.  They’ve got Hollywood covering for them. They don’t want new voters to see the real Biden.  Not the Biden as he was five years ago, but today’s hidin’ basement Biden.

So you see, the Democrats are all imploding right before our eyes.  Even the media, which is one and the same.  They can taste defeat as they’ve tasted it before, and it doesn’t taste good.  We can expect just about anything from them from now until election day.  Don’t be surprised if another impeachment comes down the pike or more state shutdowns or new cities being rioted.  But not so fast.  Trump is a counter puncher and may have a few October surprises himself up his sleeve. ;>)  Like the Durham Report, Senate Judiciary Committee, and a few more swamp dwellers fired: Ohr and Wray.