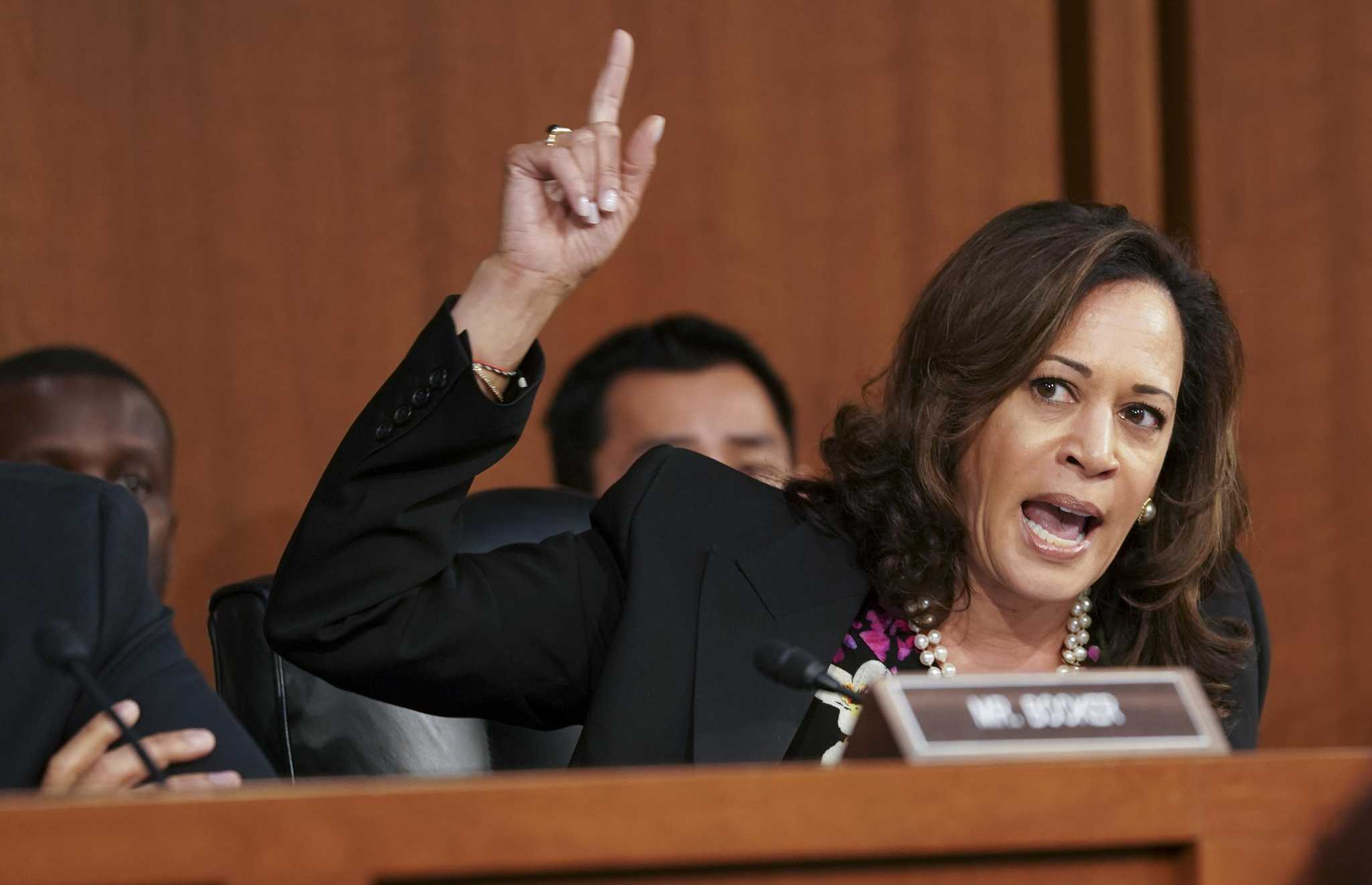 I thought Sleepy would pick someone more adored by America, but I guess not. She’s not a sure thing or a sure bet.  She’s a mixed bag.   Okay, she’s been a senator and has held plenty of impressive positions in the past.  But when I was age 29, I was advancing my career by doing well at work and taking classes I needed to do better, not dating a 60 year old lawyer with connections.  I’d never think of dating someone that old that had been married.  I looked for “husband” material not “career advancement” material.  To me, she epitomizes everything strong, independent women are against–sugar daddies.

I will never forget how she treated Kavanaugh in the Supreme Court Hearings.  She was cruel and condescending to him, yet she ignores what Biden has been accused of with one of his interns. Amazing.   Then during the Democrat Debates she cackled like Hillary and came at Biden much the same way even inferring he was a racist.  But, low and behold, in the second debate quiet, demure Tulsi Gabbard dissected her on stage for some of her past decisions leaving her bleeding up there.  She never recovered and went downhill after that. Biden has picked her off the proverbial garbage pile.

Another quality of this woman is at the age of 55 she has only been married for six years.  We used to call this type of woman a childless spinster. I guess that’s a great accomplishment these days.  So she did great in her career and had no children to raise.  Congratulations!  Most women could do the same at their career, if childless and single. Not so remarkable. No offense to women unable to have children which I know can be a difficult task trying to conceive.

Let’s see what family man Mike Pence can do to her without being called racist and sexist, which is the Democrats “go to” standard.  And she’s not the first woman picked as VP on a ticket.  The Republicans did it twice before.  She’s only different for being half Black and half Asian. Personally, I think she’ll try to boss Biden around as she has no respect for men. She’s out for herself first. To me, she’s just a half Black Barbara Boxer from liberal California with a personality to match.

And if we aren’t tired enough of hearing the race card being played, get ready for three more months of it ad nauseum with this pick.  She jumped to Jussie Smollett’s defense a little too quick and didn’t apologize after it was known he was a phony.  She’s on the wrong side of issues. She calls ICE the KKK. She wants to defund police, healthcare to illegals, medicare for all, gun safety laws, raise taxes, cut the military, reparation studies, outlaw straws, open borders, and no fracking. She called President Trump a criminal in the White House during the debates like Bernie did and that should be held against her.  She’s a female Bernie.  She plays her Black race card too much and was a turn off during the debates. Meooow!

You blew it, Sleepy.  You picked the wrong Black girl. As far as her positions, she has that in common with Biden. She’s been on the wrong side of history and issues much like Biden has.  Perfect for each other but not for America.

Watch for Biden to be replaced prior to the printing of the ballots.  Not sure by who, but wait and see.  He’s fading fast. The Democrats are up to no good.