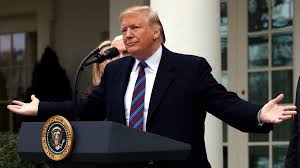 We found out that Trump is a very congenial family man and hardworking businessman with close ties and friendships to all sorts of people from all levels of society.  Not just donors, Hollywood, sycophants, rappers, deep state, and criminal element like the Democrats surround themselves with. He’s a civic leader not a politician.

In contrast, Biden spent the beginning of his convention showing videos of his family and childhood like the election is all about HIM not our country.  Trump didn’t do that although he could very well as he has a stellar family. Trump’s speakers were live versus taped and spoke about our country in today’s climate rather than Biden-bashing.  They just about dispelled every lie the media has made about Trump. They did it succinctly and effortlessly; because if you’re telling the truth, you don’t have to think about what you’re saying. You don’t have to search for words, it just flows.

The RNC Convention is like night and day from the doom and gloom Democrat Convention. You would think we were living in a vile, poverty-stricken, hate-filled, racist, germ-infected country by the time they were finished.  The RNC Convention was pack-loaded with policy and accomplishments made by Trump too numerous to count.  It featured small business owners effected by covid shutdowns, cancer survivor that used the Right to Try program, victims of BLM threatening their home, victim of the Promise Program in schools that Trump cancelled, a Black Democrat that changed parties to Republican, and teachers, nurses, truckers all backing Trump.

The convention also showed clips of Cuomo, Newsom, and even DeBlasio praising Trump’s early response to covid together with clips of them telling folks to go about their lives as usual in their city.  So the big lie about covid response incompetence has been debunked. They also showed a clip of Nancy dancing in Chinatown asking people to “come on down” during the outbreak of the China virus. It feels good to get the truth out to the public that sometimes seems naive to what has occurred, or they have short memories. It was definitely the perfect uplifting optimistic summary of the last four years under Trump produced very professionally.

We’ll see what tonight brings.  At least we know who the real Trump is now. If we didn’t know before.