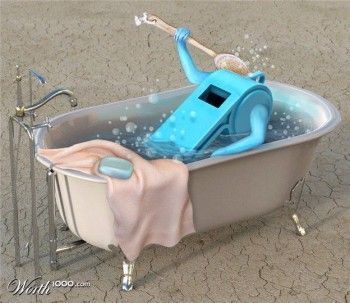 the IRS having “not even a smidgen of corruption” in the targeting of conservative groups.

“There were some boneheaded decisions,” Obama said. “Not even mass corruption. Not even a smidgen of corruption.” The Hill

Biden claims that after all the investigations of his son and his involvement in Ukraine, they came out clean as a whistle.  Except for one thing: Biden hasn’t had an investigation. He put a stop to it.  Just because he says he has, does not make it true.  Joe had the prosecutor in Ukraine fired.  The proof is in Ukraine, and we’ll get to the bottom of it at some point in his campaign. For him to dismiss it daily does not make it go away.  His whistle is not clean.  In fact, it is dripping in corruption just as Obama’s IRS was.  Remember Lois Lerner taking The Fifth?

Biden is a cover up artist. For him to lie in a soft tone to his audience doesn’t make his lies more believable.  Biden and his son were in cahoots selling access to the Obama Administration to the highest bidder while he held the position of VP and Obama was well aware of it.  Obama chose him as VP because Joe was even more shady than himself and would take some of the spotlight off of him while he got away with all that he did.  That’s what Democrat Presidents do.  They choose a VP that is more corrupt than they are to take some of the heat off of themselves. “Don’t look at me, look at him” is their mantra.  That’s why Obama is still teflon.

Obama has done no favors for Biden during his campaign, yet Biden is promising to nominate Obama for the Supreme Court?!  Just what we need a radical activist in the Supreme Court legislating from the bench.  Biden was probably just trying to garner Obama’s endorsement.  We thought he didn’t want it; but now that he’s desperate, he wants it. Make up your mind Biden.  You’re giving us whiplash.

Biden can’t stick to any positions because he doesn’t have any positions or scruples to stick to.  He flip flops more than John Kerry used to. He brags that he can bring back the soul of America. It’s surviving quite well under the Trump Administration; in fact, it’s getting better. It’s the Democrats acting like soulless swamp dwellers.  Biden has nothing to offer the voters but more lies and cover ups.  He should quit the campaign before he embarrasses himself anymore. Everyone is mocking him, although the fake non-news media covers for all his gaffes like they did for Obama and Hillary.  Give it up Biden.

When asked why he wouldn’t want to honor a subpoena he answers because it’s about Trump not me. I have nothing to offer in the way of Trump’s defense for what he did.  But what Biden leaves out is that Trump was getting impeached for abuse of power for asking Ukraine to check into the Bidens.  So obviously the Bidens have a lot to offer in the way of Trump’s defense especially if they tell the truth underoath.  Heaven forbid they’d want to tell the truth about themselves so thus the defiant attitude.

Since the whole Mueller Probe was based on evidence obtained illegally through the illegal spying of the Trump Campaign after the fake Steele Dossier was used to obtain the FISA Warrant to spy, it is the definition of fruit obtained from the poisonous tree and Articles of Impeachment should be thrown out of court.  The Mueller Probe launched the Ukraine hoax which launched the Articles of Impeachment.  All should be thrown out of the Senate.  The FISA Court was in cahoots as one judge is friends with Strzok and remained suspiciously silent throughout the whole Mueller Probe. Once it was known that the Steele Dossier was fabricated, the FISA Court should have came forward and ended the Mueller Probe. But they are all part of the D.C. Swamp and cover for each other.

Bye bye Biden.  Go retire with your “nice” family and save yourself from scandal.  Get your son Hunter some help with his addictions. Biden may use the idiom that he’s clean as a whistle but it’s more like where there’s smoke there’s fire.  He was just trying to take a page from the Obama playbook: not a smidgeon and clean as a whistle have an authoritative implication to them.

“where there’s smoke there’s fire—used to say that if people are saying that someone has done something wrong there is usually a good reason for what they are saying.” Merriam Webster