WAITING FOR THE BELLS TO RING THAT IT IS ALL OVER.

Three days of leading, repetitive questions from the Democrat Senators.  How many times are they going to ask the same old thing in different wording?  If I see that crooked, slimy Schiff worm his way up the the mic one more time, I may throw something at my tv.  This whole trial was a set up from the get go.  It was Mueller Report 2.0.  They’ve been spying, lying, and crying about Trump from the day he announced he was running for president. It has been a concerted effort by the former administration, the FBI, CIA, and FISA courts to take him out of the running and get him out of office if he won.

But now that we’re getting closer to the second term of a successful president, they’re desperate and running out of Plan B’s.  What will be next when this sham explodes in their faces?  What’s the next plan: stuffing the ballot boxes, tampering with election computers, getting illegals and dead people to vote (oh, they already did that before)?  They’ll stop at nothing because they’re in too deep.  They’re all looking at some jail time soon.

Dershowitz had it right during his testimony in the trial but the media came at him like school of piranhas in a feeding frenzy, nipping and tearing his flesh apart. Image that… and he’s a Democrat too.  Dershowitz made it clear and simple but the dumb Dems couldn’t understand him.  He basically said that if Biden had trotted into the sunset as a hasbeen VP, Trump may have ignored his past corruption.  BUT since Biden was running for the highest office in the land, Trump had an obligation to know more about what went on in Ukraine with his son.  He said it looked horrible. Who wouldn’t want to know about this scandal if Biden was running for president? 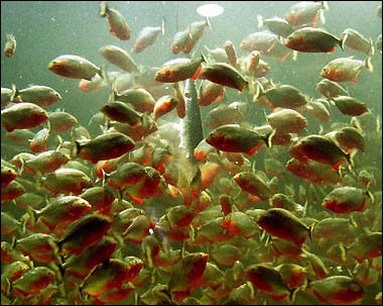 He also said it had nothing to do with Trump’s reelection as he’d probably want the same if he was in his second term.  It is a president’s obligation to investigate any candidate with rumors of corruption as they’re seeking the highest job in the land.  Nothing to do with getting the dirt on an opponent to cheat in the 2020 election as the Dems keep repeating. Remember, it was okay for Obama to spy on candidate Trump as an opponent to Hillary.  Amazing how soon they forget.

Notice how not one of them will acknowledge Biden’s obvious “influence selling” by having his son on the board of a known corrupt company.  It’s staring them right in their faces, but they refuse to look at it.   Rather, they continue to say it is a bogus conspiracy theory invented by Trump and FOX News that has been debunked by everyone.  We’d like to know who debunked it, aside from fake mainstream media.

Now this so-called whistleblower who started this whole fiasco is still allowed to be anonymous.  How is that?  Trump has the right to meet his accuser.  I hear this WB is an  Obama administration holdover (swamp dweller) and has been planning an attack on Trump from day one.  He waited until the Mueller Report was a bust then came out the day afterwards.  Coincidence?  I don’t think so.  Planned?  Yes.  Orchestrated with Schiff? Yes.  All this needs to come out in the light but Justice Roberts quashed any questions relating to this. Why?

I hope this sham of a trial ends today and Trump is acquitted.  The left will say they weren’t allowed to have witnesses in this trial but that is a lie.  They had seventeen.  The left will claim the trial was a sham.  Yes. We agree; it was from the get go.  The left will claim that Trump is involved in a cover up together with the Senators.  They are projecting their cover up of the Bidens onto Trump.  This is what the left does. Project.  Anything they’re doing or about to do, they accuse Trump of.  But we’re onto them by now.  Aren’t we?

If not, we are all doomed.

One thought on “Is This Sham Trial Over Yet?”