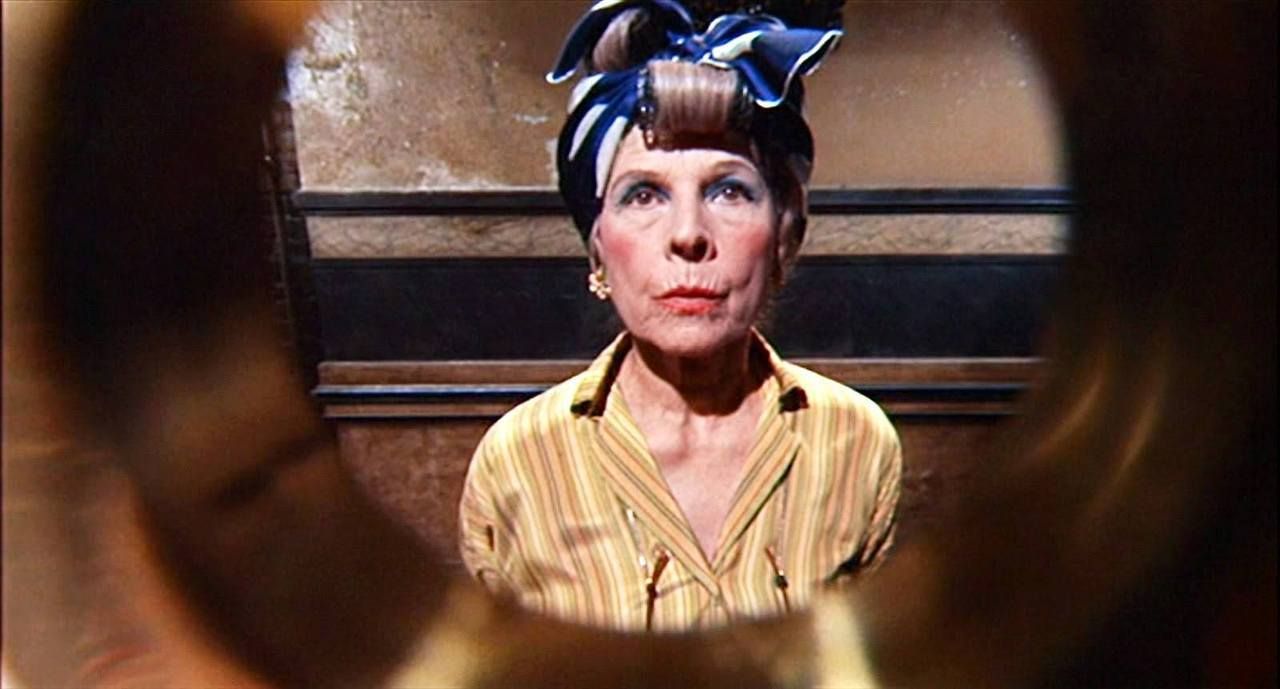 She should have went into acting.  Her recent dialect, voice, mannerisms, and arm motions in her press conference was reminiscent to that of Ruth Gordon in Rosemary’s Baby who played the wife of the devil.  Add a few hair rollers, a scarf, and a house dress and we’ve got ourselves a doppelganger.  Ironic isn’t it–wife of the devil?

But since she missed her calling and went into politics, it’s Hollywood’s loss and our cross to bear. Lucky us.  Yesterday she dismissed Trump’s great SOTU speech as a “manifesto of mistruths” as the reason she had to shred it. Apparently she can’t admit that Trump brought the economy back from the edge of an abyss.

Our retirement plans were flat for eight years under Obama then Trump came into office and made up for lost time. Unemployment was high and that didn’t count those that given up altogether and went off the unemployment rolls. Companies had left the country as well as factories and Obama had to finally admit it was the new norm unless someone had a magic wand to bring them back.  And that someone was Trump. How soon they forget, spin, and lie.

There was no momentum that Trump inherited like the actor claims other than a downward momentum.  The Dems are delusional.  They’re living in an alternative world if they think Obama brought back jobs.  If he did, they were jobs at fast food joints or UBER. Solyndra-like solar companies failed as well as the shovel-ready government jobs. Companies were downsizing during Obama years as they couldn’t afford Obamacare rules for their employees so they had to cut back. Regulations were so stiff on companies in California, some had to move to Texas. Taxes were so high, companies stopped giving out raises and bonuses. Welfare and food stamp rolls are going down now under Trump yet Nancy had the gall to say Trump was taking credit for Obama’s economy in his speech. She’d make a good actor as they lie for a living.

Sorry Nancy, but you’ve lost your memory as well as your mind. Just because you say something or print it on a sheet of paper, does not make it true.  It’s you that needs a fact checker, not Trump. You and your ilk like Schiff, who you praised, do nothing but lie daily. You need to resign and change careers into something you are more suited to, like acting. Hollywood needs you and loves you.

She actually said, Trump is degrading and denigrating his country daily.  What the hell does that even mean? Trump is America First, why would he do that? He would never.  Amazing how Nancy has embraced Romney for turning against his party.  If that’s who Romney wants as a friend, he can have her. Romney’s last fifteen minutes of fame.

Nancy said, “I feel liberated.”  That is a feeling one has after having a psychotic break or nailing her audition for a part.  She had been practicing ripping paper for days and nailed it!  Way to go, Nance! She also released the poison that she was holding inside of her heart when she ripped up his speech. It was a two for one feeling of liberation.

Bottom line: Pelosi was irked by the Senators chanting four more years when Trump entered the room, and she went off the reservation when Trump honored Rush calling it Trump’s Reality Show.  She’s so disrespectful and jealous.  During the Prayer Conference she actually had the guts to say we all need to show respect for each other.  How did she say that with a straight face in front of Trump?  She did miss her calling.  Like I’ve written before: Lifetime Movie is calling.  They want her to audition for their next psycho granny role.  You have to start somewhere, Nance.