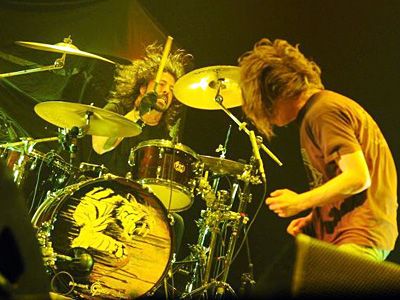 The candidates will try to run on stopping all the “noise and nonsense” which they have brought onto Trump as they have nothing else to run on.  Trump has endured three years of THEIR noise and nonsense and they’re trying to blame it on Trump?  Whatever they’re guilty of, they put onto Trump. It’s a veiled threat that if we don’t vote for them, they’ll continue harassing Trump with trumped up charges. We have to vote Democrat to make the Democrats behave?  I don’t think so.

I, for one, am sick of it.  Trump is not a bad guy.  He’s likable, if one has the capability of comprehending that.  He’s friendly, funny, sharp, and intuitive.  He’s not evil like the Democrats think or at least say he is. Bernie says he’s the most dangerous president in U.S. History.  Doesn’t even make sense.  I don’t feel in danger.  Bernie also says he’s a pathological liar, a racist, xenophobic, and other lies.  Interesting, as all the lies I’ve heard have been from the likes of Warren, Biden, Schiff, Pelosi, and Nadler et al.  Amazing how they try to turn the tables on to Trump.

They’ve been out to get him from day one and brought every department into the mix from the FBI, CIA, IG, FISA Court, and NSC.  They were all waiting for something, anything, that they could use to impeach him.  Obama planted moles (Vindman) in the NSC to spy on Trump. Now it is just the House and the remaining candidates that are out to get him.  The other departments have all been exposed, some fired, and can’t pull off the same crime more than once.  The House doesn’t care as they have no scruples.  From Nadler to Schiff to Nancy they’re all nuts.  They are the noisemakers and nonsense, not Trump; despite what the candidates are claiming.

It seems all the Dems are looking for is a candidate that can take out Trump.  They don’t care about his policies or whether or not he or she will bankrupt the country with social issues. They aren’t looking for prosperity and security like we’ve voted for in the past. If ISIS was the number one threat to them rather than climate change, they’d be voting for the president who will keep America safe. Now these knuckleheads just say, One who can beat Trump.  These people are clueless and ungrateful as to where Trump has brought the country.  They don’t deserve Trump. If they think healthcare and jobs will get better under anyone of these clowns, they’re in for a rude awakening if one wins.

Trump needs to walk and talk on eggshells from here on out as they’re waiting for their next article of impeachment.

Don’t fall for this ploy. It’s all they have left as they can’t run on Socialism. They’ll try to scare you into voting for them to “stop all the noise and nonsense.”  It’s only a threat.