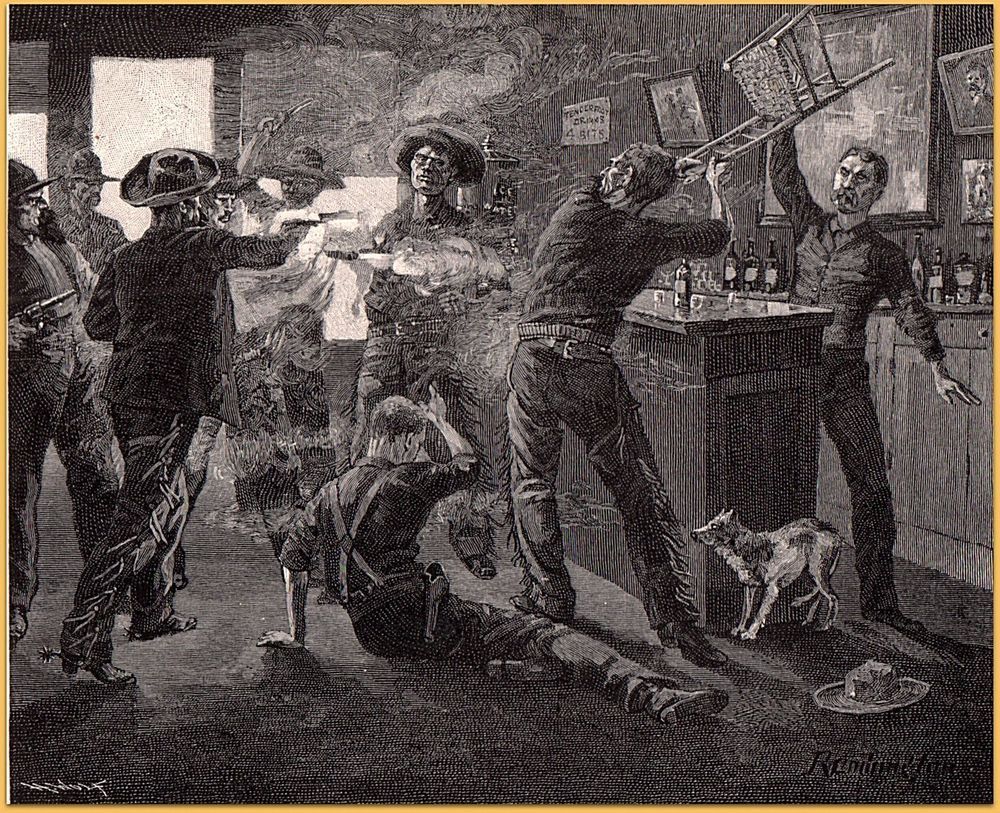 the only thing missing was the flying chairs.  The candidates finally woke up and had a go at each other.  Boy, oh boy, did they ever.  When they go low, they go even lower.  Unlike what Michelle used to brag about. It was reminiscent of the final debates between Trump, Cruz, and Rubio. I thought for a moment they’d ask Bloomberg to show us how big his hands were.  Klobuchar got so upset between Buttigieg and one moderator, she almost broke out in tears.  She rubbed her eyes.  How would that be as president?

Let’s face it.  When you’re caught in a lie, it shows.  She didn’t know the name of the president of Mexico during an interview and now claims it slipped her mind.  His name was a tongue twister, but she would have tried to pronounce it.  Bernie and Bloomberg were the bullseye of most of the candidates’ attacks.  Warren acted like a raccoon in a squabble over some garbage in a debris box.  She wouldn’t stop flailing her arms and interrupting everyone.  And the moderators let her drone on and on.  She was cheating, which she is good at. She was excessively rude to Bloomberg claiming he was a womanizer at his company over the years.  Never underestimate the wrath of a feminist scorned in the polls. Bloomberg was too polite to her.

Trump was right. Bloomberg is NOT a good debater. At some point, I felt sorry for him. He reminded me of many of my past bosses. It was his debut appearance, and he was accused of being racist and sexist, just as Trump was in his debates.  Welcome to the party, Bloomberg. See how it feels?  Sexist wasn’t even a word back in the 70s so I can see Bloomberg took advantage of that. But he didn’t fight back like Trump. Totally unprepared. He should have said to Warren, “At least I didn’t lie on my college and job applications that I was Native American to land a job at Harvard.” He did have a comeback to Bernie claiming Bernie is a millionaire with three homes, so what am I missing?

I think Bloomberg is as successful as Trump and probably ran in the same circles at one time together. Not sure why he would want to run against him if the economy is already booming.  What can he bring to the table now?  Raising taxes will only hurt the economy. Why not just endorse Trump and quit the race? He doesn’t fit on the Democrat stage with socialists that want to give away the country.  He may be a Democrat in a few social issues, but he’s a capitalist all the way. He’s probably a dove when it comes to the military and anti-gun but why call Trump the worst president in history. That was uncalled for. His only truthful remark was if Bernie becomes our candidate, Trump will win four more years.

Best line of the night:  Bloomberg says, “I think I’m the only one on stage that owns and runs a company, right?”  The stage and room went dead silent.  This is true. Bloomberg, like Trump, knows how to make things work.  He knows the costs of running a business unlike lifetime civil service employees.  It was a good point but seemed to go over the heads of the stupid audience. He also missed his chance to elaborate on his comment saying he has been a mayor of a large city and run a successful company.  Something none of the other candidates can claim. Missed opportunity, but I think the moderators cut him off.

Bernie got hit from all sides like incoming missiles.  For a minute I thought he was about to have a coronary when Buttigeig wanted to know how he’d pay for all his freebies. He gets very defensive and loud but never answers the questions.  He diverts to something else like a sociopath.  Buttiegeig was cool as a cucumber thoughout the debate.  No one got under his skin.  He had some sharp comebacks and even sharper attacks. He called the two frontrunners polarizing and neither was a Democrat. He landed some good punches on Bernie and Bloomberg but definitely flustered Amy with his smarty pants attitude.

And then there was Biden.  Wah, wah, wah. He looked like a wallflower at a middle school dance.  He finally had to raise both his arms and say, “Hey, I did that.  I met with Mexico leaders. I got the votes for Obamacare. Look at me. Ask me something.  I’m the only guy that can take on Trump. Come on, man!” The moderators let him speak and then passed him over like a wallflower.  He obviously is no longer a threat to anyone so no one attacked him.

The winner of the debate was Trump.  They all looked so desperate and mad at Bloomberg and Bernie that Trump’s stock rose.  Bloomberg couldn’t take a punch and Bernie’s face turned bright red. Blood pressure rising. Warren, although she came loaded for bear, ended up looking mean like Nurse Ratched right up there with Kamala. Klobuchar got exposed for past wrong decisions as a prosecutor and couldn’t handle Buttigieg’s sharp elbows.  At one point asking, “Are you saying I’m dumb?” Never good to ask that during a debate. Sounded a little school playgroundish.  Poor girl.

Trump is playing these candidates like a fiddle.  He gets under their skin before they even take the stage and it stymies them. He is a master manipulator of people from his years of working with people unlike the rest of the candidates who attend meetings and vote but never interact with real working people. Bloomberg, if he wants a chance, needs to up his game.  He’s got the experience (baggage too) and the American dream story but so far doesn’t have the chops.

One thought on “At Last Night’s Bar Room Brawl…”