We’ve all heard them.  They are very vocal in their TDS illness.  Some of us have just ignored them and let them rant.  We shouldn’t any longer.  It’s time now to stop the lies they’re spreading about President Trump.  The more they lie, the more stupid people will believe them. A friend of mine believes the shelter in place will last 18 months.  Poor girl has been listening or reading the lies. Pelosi and her ilk lie daily.

Finally went to the grocery store after 40 days of no “in store” shopping. I had my wool scarf wrapped around my nose and mouth and disposable plastic gloves on.  I avoided other shoppers as best I could but still felt my space invaded down some aisles.  It was definitely stressful; I couldn’t wait to check out. When I finally reached the checkout line and stood ten feet back until I was able to unload my cart, a man without a face mask or gloves started chatting it up with the checker.  He glanced back at me as if he was hoping I’d agree with him. Not one to eavesdrop, but I couldn’t help hearing his rant:

“The virus is all the government’s fault. They screwed up.  Don’t worry it will all be over soon,” he spieled while taking his dirty cash out of his dirty wallet with his dirty hands.  He caught my undivided attention at that point as I knew where he was going with the word “government”. Then he continued, “As soon as we get Donald Trump out of the White House this virus will all be over.”  That got my ire up and my Larry David persona awoke.  (Larry David character doesn’t take shit from strangers anywhere and we have to admire that.) So now the guy was looking at me with my angered face wrapped in scarf.  “He has screwed everything up!” he continued.

“No, he hasn’t!”  I scolded him in frustration as I couldn’t take it any longer.  The guy darted out of the store. The grocery clerk said he shouldn’t have said that. But this is what the left does.  They lie, lie, and lie. My husband’s doctor lied to him about hydroxychloroquine and Biden. My sister lied to me about hydroxychloroquine and so do some of my so-called friends.  They all get their jabs in at Trump.  “It’s Trump’s fault.”  Everything in their life is Trump’s fault. Their kids not working is Trump’s fault.  (They barely worked before the virus, dare I say.)

I, for one, am sick of it and won’t take it any longer. These are the most ungrateful herd of individuals I have ever run across in my lifetime.  Here they are getting a check in the mail sent to them whether they are short of money or not, and they still have the gall to complain.  It’s sick!

Trump has done everything possible to stop the spread of this disease short of getting the virus himself.  Doctors in hospitals have been doing all “they know” to stop the spread. Gov. Cuomo had the nerve to say today that politics are the worst he’s ever seen and that he hasn’t been political.  Please spare me the BS.   No shit but it’s all coming from his party and his brother!  He should be ashamed of that comment.

The Republicans in power want to be united to fight this invisible enemy and have behaved this way daily, but the left won’t have it.  They want to play the “blame game” and blaming the Republicans is the name of their game. All the media does is lie, lie, lie.  It’s hard to watch any more.  Even one FOX Newsman asks the Surgeon General, “Why do you think there are more African Americans getting the disease in Detroit?”  This is what we are dealing with.  Stupidity and more stupidity. It’s contagious.

Please, if you support Trump and hear these clowns berating him, please speak up.  These clowns have no facts to stand on and will usually shut up.  That’s what we need to do is shut them up.  Notice how it is always the left speaking up in public out of turn?  Never a Republican ranting to strangers.   Alec Baldwin says we are mentally ill to support Trump.  This is the way the left feels about us?  Mentally ill?  I suggest Alec takes a long look at the candidate they chose to run against Trump then let’s see who’s mentally ill.  I will take the “clock test” any day against Alec and Biden. Alec seems to be suffering from TDS and should be tested for it.  Maybe the pharma companies can come up with a drug to treat TDS as it seems to be contagious.  There are definitely more Americans suffering from it than those that have the coronavirus.

In the meantime, stand up to these bullies.  That’s all they are is deranged bullies.  They will try to bully people into thinking the way they think is right. Stand up and be heard even if it is against your nature.  Used to be shy, not so much any more.  Shy gets you nowhere in these divisive times.

Can’t wait for the Financial Task Force to get us out of this quicksand we are sinking in.  Our country is sinking fast and needs a helping hand in the form of an “excellent plan” to get us out of this quagmire we got ourselves into. If anyone can come up with this plan, Trump will.  Not Fauci, not Birx, not Cuomo, not Biden.  Trump will. That’s his job. He has the final word. The buck stops with Trump. 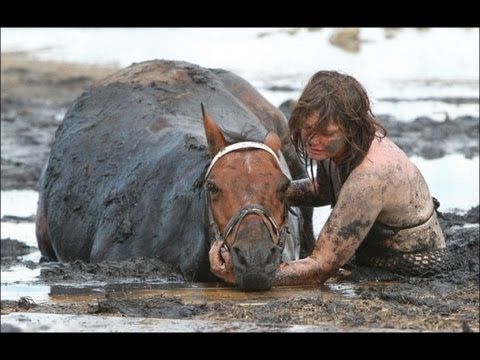