WILL OBAMA’S HOUSE OF CARDS BEGIN TO COLLAPSE? 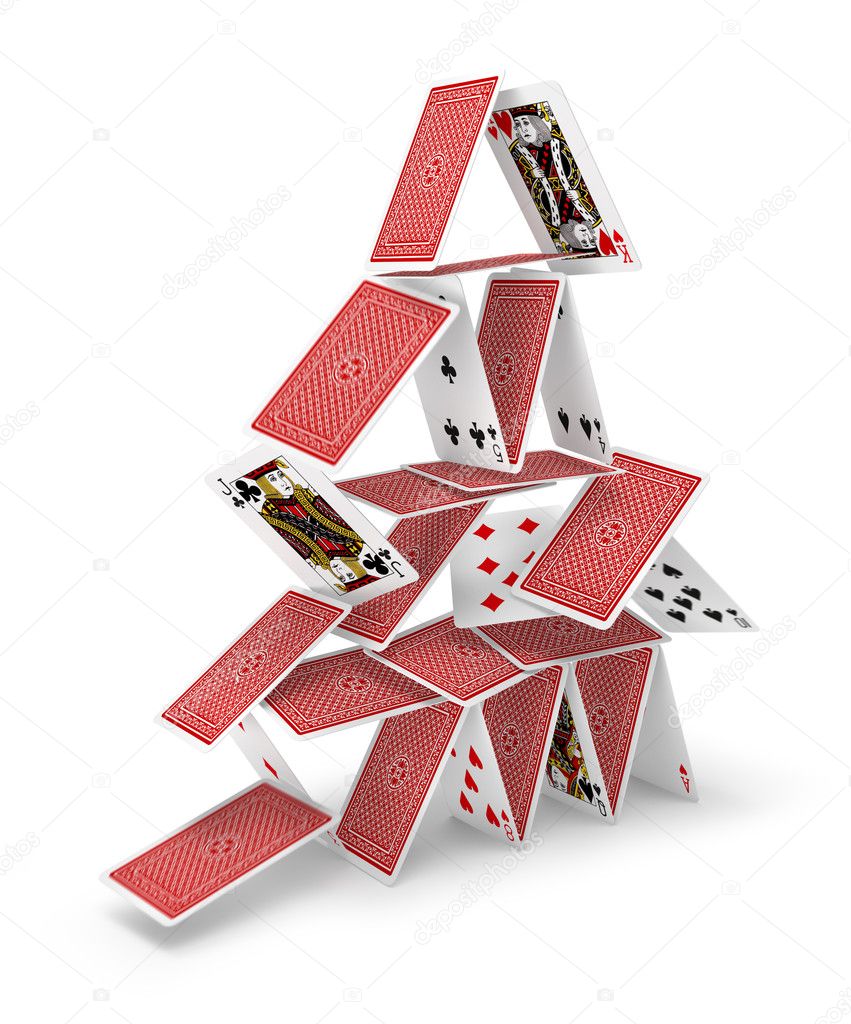 Is this a harbinger of things to come?  Declassified documents finally were released which read there was no evidence the Trump campaign colluded with Russia.  It was all a frame job by the FBI.  These papers were available prior to the Mueller Probe yet they went through with it anyway costing the taxpayers $30 million.  Can the government get this money back from the scumbags that took it?  Can we sue them or in the very least put them behind bars for fraud?  I always knew we were being fleeced by these dirty rotten scoundrels, but we had to go along with it because Mueller was a stand up guy.  BS.

Of course, the fake news media and the Democrats are claiming A.G. Barr is corrupt now. They are already misquoting the papers that were released by saying Trump colluded with Russia.  They are incorrigible.  They went from Trump being corrupt to the Attorney General being corrupt.  Whenever the truth comes out about the scandals they have been covering up for years, they cry foul.  This will be their mantra throughout the remaining of the election year:  Barr is doing Trump’s bidding and needs to go. How many stupid people will believe them?  How many will drink the Kool-Aid?  This is an election year so just wait for the heat to be turned up on Barr.  I can hear Joy Behar now, “He needs to go!  He’s Trump’s henchman!”

The Democrats are shaking in their boots right now.  If Flynn can be exonerated then they can be charged.  Some may be gassing up their private jets soon. This conspiracy started at the top with Obama as he was leaving the White House.  We all saw the way he and Michelle looked while sitting at Trump’s inauguration that day.  They were fit to be tied, but they already had a plan up their sleeves and were biding their time before launching it with the help of Trump-hating Stzrok, Page, Comey, and McCabe.  What a nice little combo of crooks and their cohorts. “Everything we did was by the book,” said Obama in a private last meeting with his cabinet, Biden included. That must be some weird book he was going by, possibly written by Karl Marx?

Then we had Brennan and Clapper planting the Russia Collusion seeds on CNN and MSNBC for years declaring that Trump was a Russian Agent all the while knowing they were lying.  It is disgraceful what the Democrats will do for power; these two knuckleheads need to be charged as well.

And let’s not forget that Biden sat in on all these meetings although he probably had nothing to add except, “Come on, man!”  And he’s running on bringing dignity and soul back to the White House?  Please.  He’s not that innocent about what went on.  Besides he was up to his neck in Ukraine and China corruption, so he wasn’t one to blow the whistle. He was just a sock puppet which he still is. Which is why he’ll probably choose Michelle as his VP so they can keep “their secrets” under wraps and allow Barack back in the White House to overturn all Trump’s good feats. No telling what he promised Obama in exchange for his endorsement…finally.

So as we wait for Obama’s house of cards to finally fall now that Flynn is declared innocent, can we expect Roger Stone and Manafort to be exonerated too? They were just singled out by Mueller because they were helping Trump. Collateral damage.  If A.G. Barr can pull off proving the “falsely accused” innocent and the “accusers” guilty, he will go down in history as the most effective Attorney General as he will have saved America from a socialist takeover.

Obama weaponized and unleashed his Department of Justice on Republicans for eight years looking to punish them.  He punished anyone that spoke out against his policies evidenced by the IRS targeting non profit conservative groups. And it apparently continued after Trump won the election fair and square. Now that the truth is finally, finally coming out, watch and wait for the Democrats to become completely unhinged (while Obama’s house of cards collapses) coming up with one false story after another trying to bring Trump down again with the assistance of the fake news media. It appears they WILL NOT stop until the lot of them are behind bars.

LOCK ‘EM ALL UP. Or a least a few before the election.