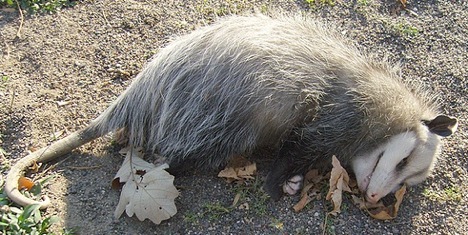 The only news is: Flynn is FINALLY exonerated from Russian Collusion along with Trump Campaign.

It’s annoying to watch all the news people report this Flynn story as a new revelation. We knew Flynn was entrapped, blackmailed, and charged.  But no one cared at the time. Jeff Sessions should have been on this story as AG but recused himself from anything Russia-related.  What a shame. Fake news media reported it as one of Trump’s corrupt colleagues being charged with Russia collusion and no one cried foul at the time.  CNN and MSNBC probably aren’t even covering Flynn’s exoneration but are instead saying it is just the work of Trump having his AG seek revenge.

Let’s get real.  Stop playing dumb.  We all know the truth. Stop skirting around the edges.  Obama and his FBI and CIA were out to get Trump from day one and were involved in one illegal act after another. Too numerous to mention. And Obama has the nerve to say his administration was scandal free.  Balderdash!  He’s still injecting his opinions, now on Trump’s handling of the pandemic.  Once a puppet master always a puppet master, I guess. He won’t let up. Obama’s hands are all over the fake Russia Collusion story from the top down including Biden and Michelle.  Michelle is not becoming; she was unbecoming as a First Lady and as potential VP.

At least Hannity has been vindicated as they reported Flynn was framed from the beginning and covered it then but no one listened.  Now FOX News has to pretend that this is breaking news.  It’s not!  Hannity and his investigative reporters were on this story from day one and should not be surprised that A. G. Barr finally found corroborating evidence.  They should just feel relieved that someone is finally exposing the Obama Administration for what they really were: CORRUPT.  Better late than never!

So as the dominoes begin to fall, let’s not pretend that we are shocked.  We have been waiting for this conspiracy story to finally be exposed for years.  A novel could have been written, released, and turned into a movie in less time. Now we just have to wait for the “guilty ones” (and they know who they are) to be charged.  Let’s hope the DOJ has the nerve and guts to charge these dirty rotten scoundrels who tried to steal the election from Trump. And let’s not pretend like we didn’t know it started at the top.  It wasn’t a bunch of rogue cops. They were taking their orders from their leader which is why they have acted so smug all these years as guests on cable. Because they know if they go down, they’re taking Obama with them. And Obama is the protected one. Remember the text which read: “The White House wants to be informed of what we’re doing.”  No sh-t! I’m tired of the media handling these stories with kid gloves.  Do you think this could go all the way to the top? asked Maria B. Take off your gloves and say it as it really is.  Stop playing dumb and naive!

And as far as shelter in place–I’m over it.