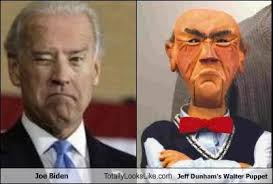 Opportunist mask-less Biden comes out of his hidin’ to make a speech in front of four American flags like he is the president. He blames “hate” in America on Trump!  He blames the “unemployment” on Trump!  He blames “racial tension” on Trump! But he has no empathy for all the business owners who have lost their stores to vandalism by looters.  He had no words of denouncement to the looters.  He didn’t call for peace. He called looters “protesters” then quoted the first amendment the right to “peacefully” assemble.  If Biden thinks what has been going on is “peaceful” he needs to 86 his aviators and buy some eyeglasses.

Biden will be nothing more than another “Appeaser and Chief” like Obama was. Biden seems to be encouraging “civil unrest in America” to use as his platform. Good luck with that.  Security moms won’t be onboard. I’ve even had thoughts of purchasing a pistol for safety, and I’ve never had that thought.

This speech was a lame rebuttal to Trump’s presidential walk to the church yesterday. It must have really stuck in his craw to witness Trump’s message of we won’t be threatened.  I assure you if Obama had made this exact walk during his term, the press would be kissing the ground he walked over and the bible he held in his hands. Biden would never be able to make this walk as he is a coward.  Biden called Trump’s walk a narcissistic “photo op.”  If it was, he needs to hire a better cameraman next time as it was totally spontaneous.

Biden’s insults to a sitting president like maybe he should open the bible and read it or maybe he should read the constitution was “candidate unbecoming” in my eyes more suited for Joy Behar of The View. He is fanning the flames of more divisiveness in America rather than asking for us to “all just get along.”  And Cuomo telling us that protesters are just kids expressing their feelings was ridiculous too.  Last night the Miracle on 34th Street was turned into the Massacre on 34th Street thanks to Cuomo who wouldn’t allow in the National Guard.  Cops were attacked with blunt force and luxury store fronts shattered and decimated inside.  It made me ill.

Biden also said he will introduce a bill to congress to make changes to the police force.  I’d like to see that. He holds no office.  How can he introduce a bill?  What will he recommend “spraying fairy dust onto suspects and handing out Target gift cards, maybe a free yoga class?”  This is where we’re headed. I’m quite sure he’ll take guns from the police and apparently knees too.  Helmets and body armor will be taboo.  Maybe the police should give up half their salary to Black Lives Matter.  Sounds about right.

But seriously, yesterday across America cops were taking a knee because looters demanded it of them.  Wow!  Talk about kowtowing or cowering in fear. Permissiveness never gets us anywhere. If you give these thugs an inch, they’ll take a mile. And they have taken a marathon.

Have you ever known a child raised by permissive parents?  They rarely go to college and hardly make it through high school without getting in trouble.  Then they are the types that end up on welfare, have no respect for authority, can’t hold down any job, and go to the streets protesting how their lives turned out.  They aren’t happy with themselves and are taking it out on the police.

It has nothing to do with the police or the color of their skin. It has everything to do with poor upbringing.  Everything starts in the home.  Parents beware:  Raise your children with strict rules to follow, or you’ll be witnessing them on the streets of fire someday. Teach them respect for the men in blue and adults. Look at Ben Carson.  He was raised by a strict mother in a poor household and turned out great.  He is the epitome of the American Dream. But I digress.

Biden had no words for the violence that went on right before his eyes last night. All he saw was Trump’s presidential walk from the White House. That irked the grumpy ol’ guy.  Everyone is right.  Biden is better off in his basement in hiding. And what was with all the coughing?  He sounds like he has symptoms of covid or something else. Did anyone check his temperature before he went up on stage?

SHOW RESPECT FOR THE MEN IN BLUE.  END THE VIOLENCE.  STOP THE HATE SPEECH.